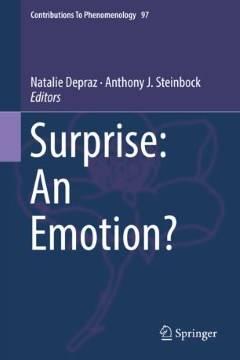 The present paper questions the taken-for-granted identity between surprise and emotion, according to its common meaning in psychology. I therefore hypothetize that the introduction of the concept of valence offers a crucial contribution in order to dismantle the above mentioned identity, thus paving the way for a more fruitful understanding of surprise, namely including cognition, bodily experience, time and language.Such a discussion about the emotional valence-character of surprise therefore requires to open up the fitting epistemological background for it. Instead of a mere body-brain interaction I will suggest the necessity of a more encompassing setting, namely: body-heart-brain, descriptible with the double-face rhythm of surprise, both lived emotional and cardio-vascular: hence the hypothesis of cardiophenomenology as an integrated epistemology including heart into the body-brain circulation: far more than the mere one-sided third person neurological level, the heart both in its physiological and in its lived affective aspects thus represents a unique possibility of intertwinning first person lived affections and third person organic pre-conscious sensations.The hypothesis of cardiophenomenology unfolds the general framework of the inquiry into the dynamics of surprise as including an emotional component while not being an emotion as such. In the end surprise will be identified as an encompassing circular phenomenon.