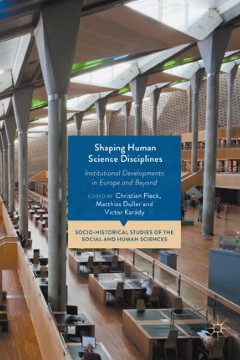 German public life has been preoccupied with coming to terms with the Nazi past for decades. While the SSH were seen as an element of the re-education program, the power structures in West-German universities remained at first relatively untouched, opening possibilities for personal continuities to different degrees. Nevertheless, the authoritarian and extremely elitist habitus of the German professoriate disappeared within a generation and-a-half. After establishing the historical constitution of the academic and intellectual field from post-war, the establishment of the German Democratic Republic, 1968, 1989 to the Bologna process and the present, the chapter presents comparative narrative accounts and quantitative analysis of seven SSH disciplines over 70 years. A final section presents an analysis of German SSH scholars as public intellectuals.