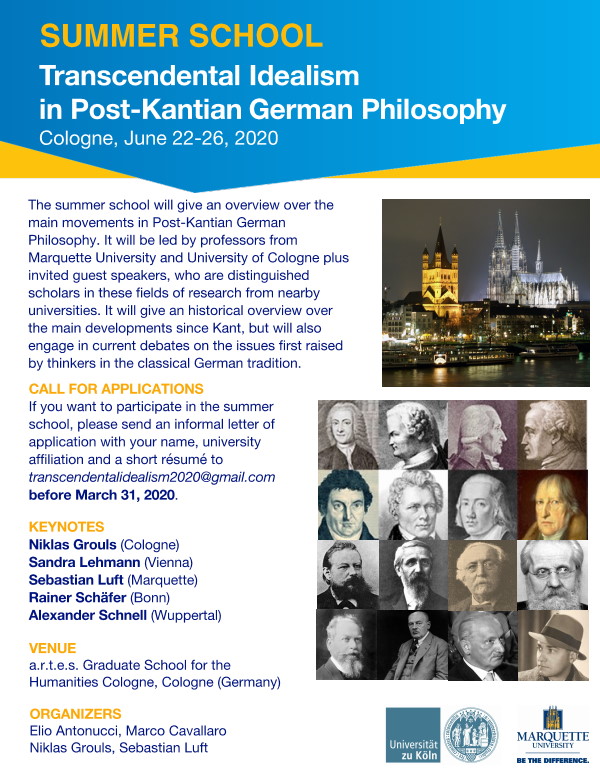 We invite submissions of 300 words  abstracts for a 20-minutes presentation  followed by a discussion by early career scholars (PhDs, Post-Docs). Papers may be submitted on any topic dealing with the following issues:

3) Transcendental Idealism in Neo-Kantianism: between critique of natural science and critique of culture.

Abstracts must be prepared for blind review  and sent as a digital copy (.docx or .pdf) to transcendentalidealism2020@google.com by ​May 1, 2020. ​Please enter your name and affiliation in the email. Notifications of acceptance will be sent no earlier than April 15 .