The author decides in the Introduction that for the time being he will consider (only) cardinal numbers (cardinalia), and thereupon launches into a discussion of multiplicity, plurality, totality, aggregate, collection, set. He uses these words as if they were essentially synonymous; the concept of a cardinal number1 is supposed to be different from this. However, the logical relationship between multiplicity and number (p. 9) remains somewhat obscure. If one were to go by the words "The concept of number includes the same concrete phenomena as the concept of multiplicity albeit only by way of the extensions of the concepts of its species, the numbers two, three, four, etc.…," one might infer that they had the same extension. On the other hand, multiplicity is supposed to be more indeterminate and more general than number. The matter would probably be clearer if a sharper distinction were drawn between falling under a concept and subordination. Now the first thing he attempts to do is to give an analysis of the concept of multiplicity. Determinate numbers as well as the generic concept of number which presupposes them, are then supposed to emerge from it by means of determinations. Thus we are first led down from the general to the particular, and then up again. 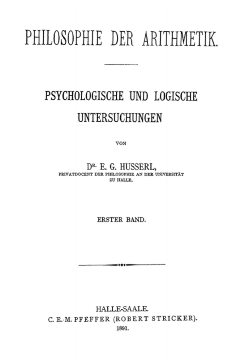