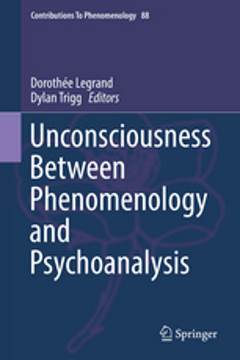 Phenomenology and the problem of the inhuman

psychologism, correlationism, and the ethics of absolute materiality

All phenomena appear to and are circumscribed by some form of conscious life – this is sine qua non of phenomenological inquiry. How then is phenomenology to account for those objects which appear to conscious life precisely in their refusal to be contained by conscious life – objects which seem to testify to that which is radically outside of and other than consciousness? This is a challenge which has haunted phenomenology from its beginning, first under the guise of psychologism as diagnosed by Frege, but more recently under the heading of correlationism as addressed by Meillassoux. Whatever its name, the problem is the same: phenomenology's apparent inability to account for the radical alterity of certain manifest existents. This paper will examine the ways in which both Husserl and Heidegger failed to respond adequately to this problem. To illustrate this failure, the phenomenological status of the dead body of will be examined. The aim of this paper is to show that while classical phenomenology cannot account for the inhuman realty of such phenomena, the alternatives offered by Frege and the speculative realists fare no better, occulting in their solutions the inherent traumatic power of such phenomena. To explore this power, the work of Freud and Lacan will be drawn upon. Finally, this paper will conclude that it is only through a reappraisal and reinterpretation of the ethics of Emmanuel Levinas that the limitations of both phenomenology and its critics can finally be overcome.

Dalton, D. M. (2017)., Phenomenology and the problem of the inhuman: psychologism, correlationism, and the ethics of absolute materiality, in D. Legrand & D. Trigg (eds.), Unconsciousness between phenomenology and psychoanalysis, Dordrecht, Springer, pp. 141-159.