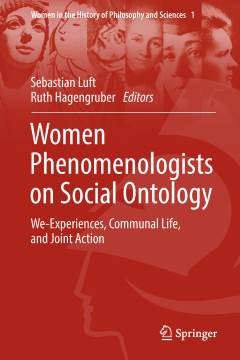 communal life according to Edith Stein

Such an idea of communal life is already to be found in Husserl, Edith Stein's "Master." It is well known that Stein not only studied and wrote her doctoral dissertation with Husserl, but she also became his assistant for about a year and a half, with the task of transcribing his stenographic manuscripts and putting them in order. Among the numerous manuscripts which she worked on there are also writings on social ontology.