Logic and General Theory of Science

The stated subject of these lecture courses given by Husserlbetween 1910 and 1918is ‘reason, the word for the mental activities and accomplishments that govern knowledge, give it form and supply it with norms.’ They show their author still pursuing the course set out in the Logical Investigations up to the end of the second decade of the century and displaying utter consistency with stands that he began taking on meaning, analyticity, Platonism, manifolds, mathematics, psychologism, etc. in the 1890s. Thus, theyundermine many idées reçues about the development of his thought. The centerpiece of this work is an exploration of the realm of meaning. Moreover, they add new dimensions to standard discussions by taking readers back to the place where phenomenology and analytic philosophy diverged. They show that Husserl tangled long and hard with the very ideas that went into the making of the latter and offer a wealth of interesting insights into sense and meaning, theory of judgment, complete and incomplete meanings, states of affairs, extensional logic, the relationship between logic and mathematics, functions and arguments, propositional functions, quantification, existential generalization, the word ‘all,’ number theory, sets, modality, deductive theory, ideas that are still under discussion today. Prepared for oral delivery in the classroom, they are refreshingly lively and spontaneous. They are clearer, more explicit, and readable than the books Husserl published during his lifetime. 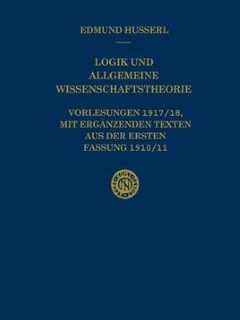