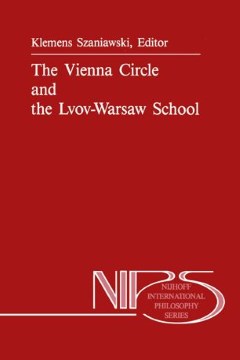 (1989) The Vienna circle and the Lvov-Warsaw school, Dordrecht, Springer.

The history of many-valued logic has hitherto completely overlooked Alexius Meinong. Meinong explicitly envisaged additional semantic values for propositions besides the usual ones. Both three-valued and infinite-valued conceptions are to be discovered in his writings. As a young Privatdozent Łukasiewicz spent research leave in Graz, and the influence of Meinong is evident in his work: while direct influence on the subject of additional semantic values cannot be traced, their views on related issues, notably probability and modality, are remarkably similar. Meinong's work in fact warrants introducing a fourth semantic value, though he did not take this step. The four-valued logic inherent in his ideas is closely connected both with later work on relevance logic and with Łukasiewicz's own last thoughts on many valued logic.